NOTES FOR A MITHRAIC RITUAL

This has been on my mind everytime we talk about Mithras. Is there any surviving worship in the 4thC? The temples certainly suffer either vandalism or decay and demolition in the 4thC (various dates), but these temples are close to or in urban centres, or at forts. The Christian gentry of Britain and the politisized officers of the army may well have ensured 4thC closures of these Mithraeums. Emperor Theodosius' edict banning pagan worship in 391 was probably aimed at the big public festivals, doubtful any Mithraists left by that time. They were an easier target for Christians.But Christianity was lacking in rural areas in Britain, it is noted that there is a pagan resurgence in Britain, with sites such as Lydney becoming well established. Peter Salway says that paganism survived to the end of Roman rule outside the cities. Imperial anti-pagan declarations will have made no difference here.

Based on that evidence (ie. not a lot) you could speculate that formal military Mithraic worship may have gone 'underground' in the early 4thC when Christianity first became the religion of the legionary standards (probably dated to 325, death of Licinius, when Constantine officially made Christianity the religion of the empire, and also presumably of the standards and the principia shrine in every fort), but was forced to be abandoned completely by the 370's. Worship may have continued away from forts, villas and cities in natural grottos and caves. But there is no direct evidence for that.

So a military Mithraic ceremony could be recreated for the time of Constantine prior to 325. At this time Christianity had been accepted and tolerated, but there had been no moves to ban pagan worship. All were tolerated. Mithraists in forts could still worship freely and openly, the legionary standards probably still sat in a pagan shrine to Jupiter and Mars.

Mithraic congregations averaged around twenty individuals, going on the size of temples. Sometimes more, sometimes less. Poorer temples worshipped in front of a painted backdrop of the taurobolium. More well endowed congregations had stone carvings of the event instead. 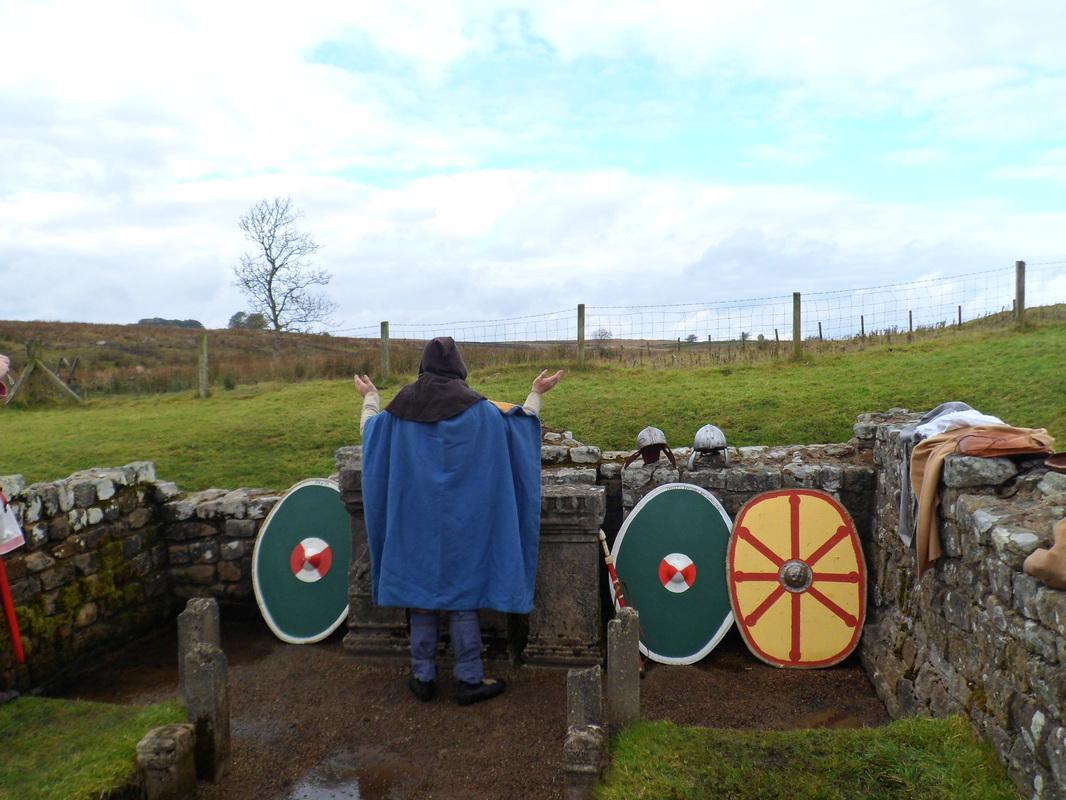 "Hail to the Lions for new and many years!"

"Hail to the Fathers, from East and West, under the protection of Saturn!"

"We must get through dark times in piety"

"Spring hidden in the rock, whose nectar has fed the two brothers"

"I have transcended the boundaries of death, I have trodden the threshold of Proserpine, and having traversed all the elements I am returned to the earth. In the middle of the night I have seen the Sun scintillating with a pure light; I have approached the gods below and the gods above, and have worshipped them face to face." [COOL!]
Possible Daily Worship Ritual
Sharing a meal, at the cena (late afternoon or evening). This meal was preceeded by instruction in the Mithraic texts (readings? commentaries?) They ate bread and drank water, as well as water mixed with wine communally from a bowl passed around. Poultry may have been popular, could have been sacrificed on the flimsy small altars, plus an inscription at Santa Prisca said: " chicken livers are certainly delectable".

Suggestions for a Mithraic Event
Above and beyond  any talk to the audience, I would love to see a daily liturgy (perhaps a midday worship) with a reading from the Father, followed by individual declarations of faith by worshippers - reiterating their sacramentum to Mithras (their oath on being initiated to the cult). This is followed by breaking bread, mixing wine and water and passing around the bowl, with a holy phrase uttered as it is drunk (wine stands in for the Iran/Zoroastrian haoma, so the wine is holy).
He can stand, be given the victor's crown on a sword by knock it away as mentioned above. Instead the Father will give him the helmet (how about an older style helmet like the Heddernheim or something, something that doesn't look too much like its lifted off a passing legionary), he can also give him his soldier's knapsack.

You may or may not want to have an ordeal??? Perhaps instead have the new initiate be led on directly from his ordeal (maybe laid in the temple 'pit' fasting for the past three days ...) so he'd stagger on all exhausted. 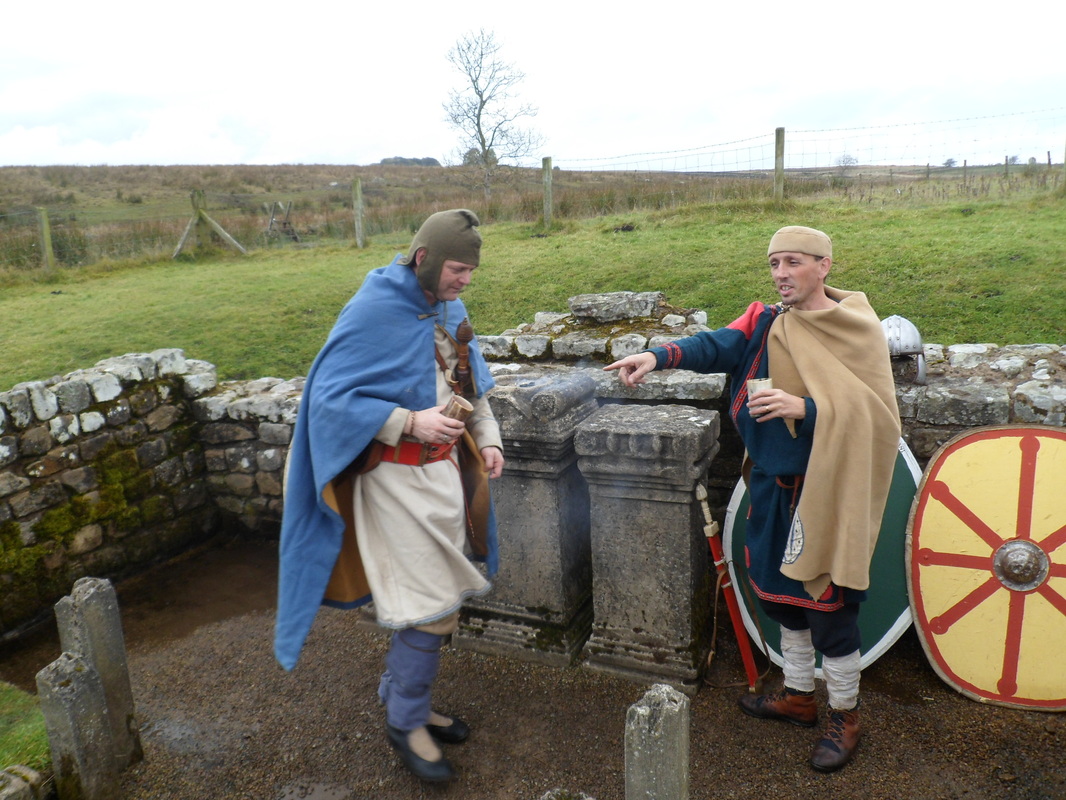