Illustrated accounts of the two workshops can be found here, hopefully giving you an insight into the processes involved. In late August 2002 I had the opportunity to visit the Flag Fen Bronze Age Centre in Peterborough. It was a site I'd wanted to visit for a long while, and it proved to reward my interest. The centre sits in an authentic bronze age environment, and recreates the site as it was 3000 years ago, with a mere, solidly recreated roundhouses, cattle droveway and bronze age sheepfolds (with a bronze age sheep breed, the Soay!). 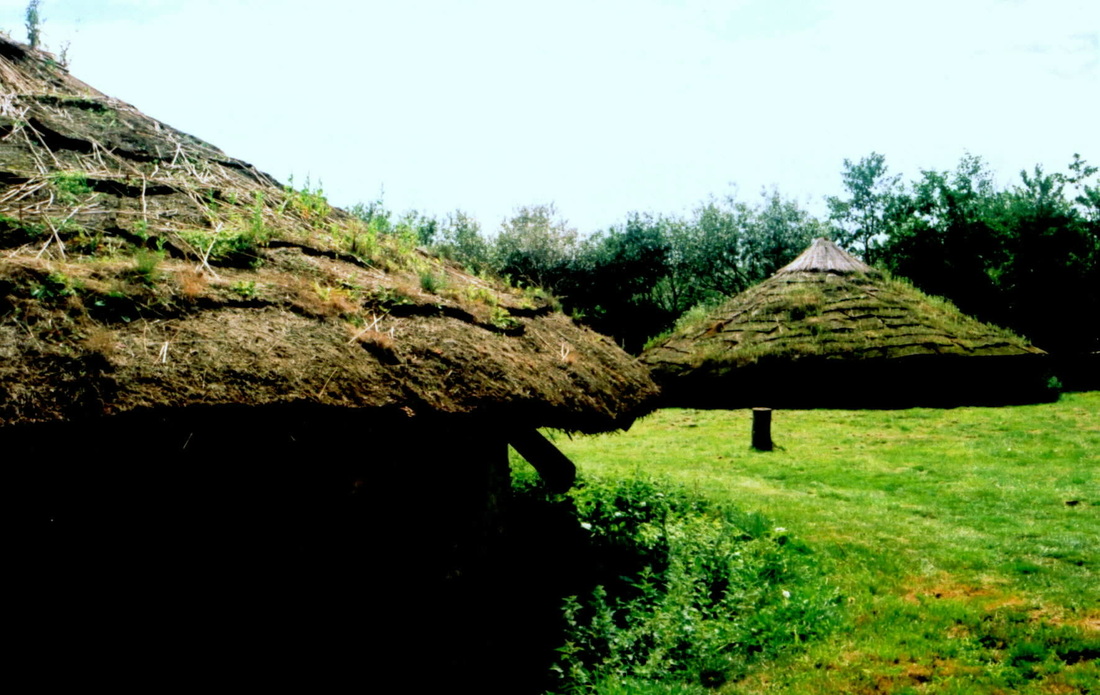 What's more, the site was originally in waterlogged Fen and in 1000 BC a mysterious wooden platform existed here, complete with planked walkways connecting it to the two closest shores. Ritual, defence or communication - the use of this platform and post alignment is all conjecture. It may have been all three. The platform has been excavated and can be seen in Flag Fen's Preservation Hall. A small museum on the site displays many of the finds from Flag Fen, many of them from excavations conducted by Dr. Francis Pryor who helped set up the centre. Finally, that enigmatic oak monument, 'Seahenge' was treated and conserved here before being moved to Portsmouth some years later. It was during my visit that I spotted some of Dave Chapman's bronze weapons for sale in the Visitor's Centre. Checking the website I found that Dave ran courses actually at Flag Fen to teach bronzecasting techniques. I signed up!