We had an opportunity in 2011 to try out an ancient cooking technique, fish baked in clay. I'm keen to try other methods, some of which survived into the Roman period and beyond.

Jamie and I tried two methods, with only the barest of research, we really did want to experiment and see what we could come up with. I took clay from the beaches at Speeton on the east coast and carefully and completely coated two gutted trout with it, once I had stuffed them with chopped leek and butter. These I left to dry next to the fire for an hour.  They would need to be placed on the fire as dry as possible to allow the heat to pass through to the fish. Jamie also had trout, and wanted to try a spit method.
The meat was well cooked on the top, but the underneath was not. I think next time I should not cover over with embers, which was not perfect, but turn the fish after 10 minutes to allow for even cooking. The second fish that Jamie opened must have been well covered with embers, because it was perfectly cooked throughout.

Both fish tasted delicious, and were extremely juicy (the clay sealed in the juices during cooking). 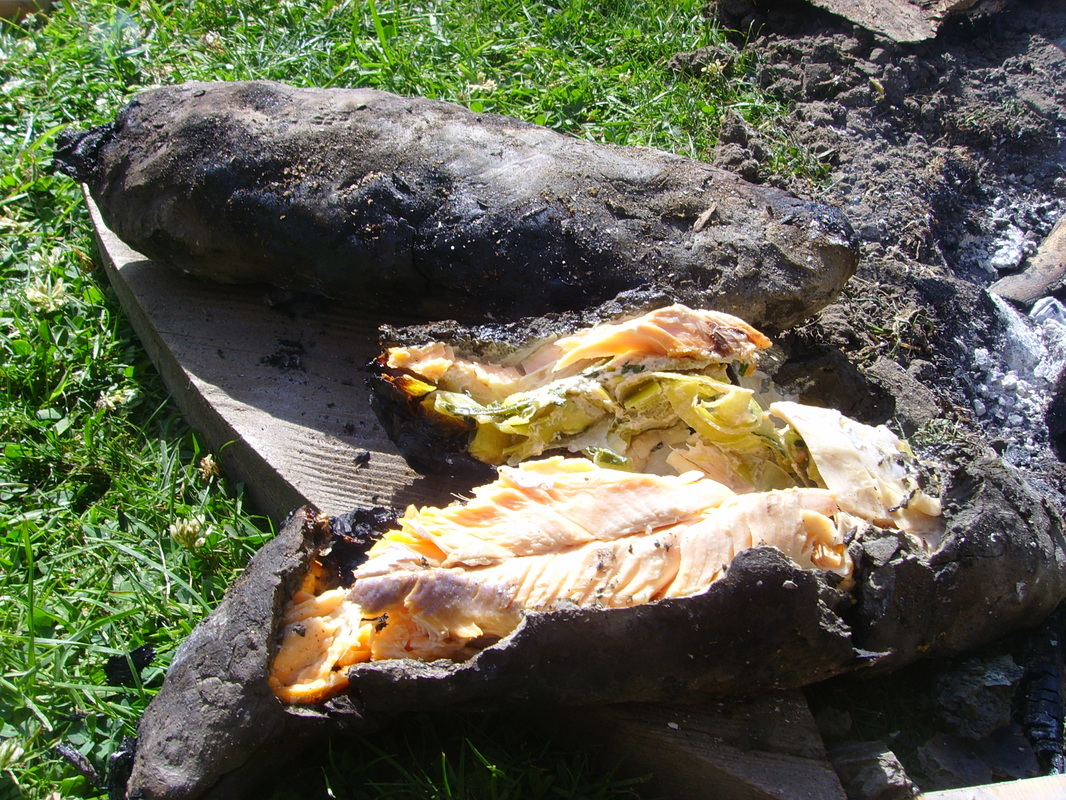